Listbestandroidgames.com – Now I am trying to review one of the games that have been released since 2014. Yeah … It’s The Talos Principle. Even though this is an old game, I still like it.While playing The Talos Principle, I spent a lot of time in front of the computer, deep in thought. I can only imagine the confusion on my face calculating all the possible options, making all sorts of movies in my head, and I have to admit that this game requires more thinking from the player than most existing games. 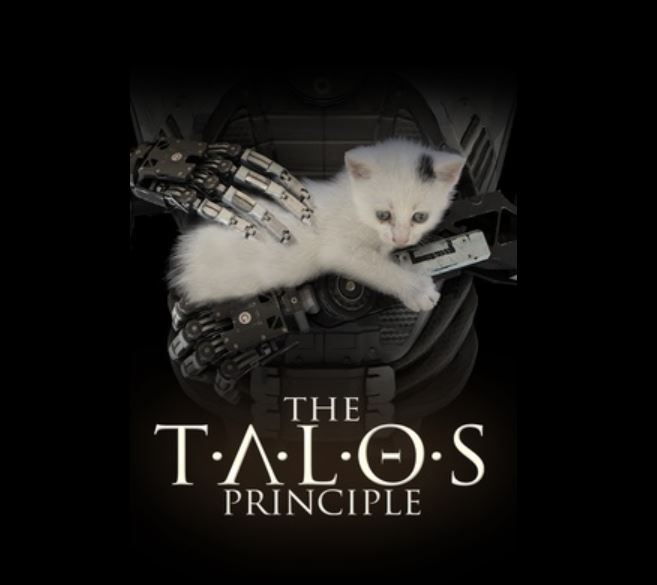 The Talos Principle consists largely of two different interactions: physics-based puzzles and philosophical discussions. The great advantage of the game is that while each could exist without the other, to solve puzzles and get answers in The Talos Principle you need both. The fact that in this game you really have to think and calculate all the movements, is what makes it so captivating and exciting.

The essence of The Talos Principle is its puzzles. Most of these have the same purpose: you need to find a way to reach the “Seal” (a colorful “tetrmino”, more precisely a piece of Tetris). The puzzles are simple at first and you only have a few tools at your disposal to solve them, but they become more and more complex and twisted.

Restricting access to seals is done through energy barriers, automatic towers and explosive drones. At first you can only use a tool called a “Jammer”, which can turn off any electronic device. But the further you go you have access to connectors that can handle lasers, weights that will hold down pressure plates or fans that can push objects.

A lot of puzzles use these tools in a simple way, but the most complicated ones require your attention and intelligence to discover alternative options. A “hexahedron” can be used as an embankment in certain places, a series of connectors can be arranged in such a way as to create a continuous loop, to activate and deactivate doors. Even drones and towers have their utility in certain situations. To solve some more difficult puzzles you do not only need logic and you have to consider everything that an object is able to do.

The puzzles in The Talos Principle can be downright evil. Each seal has a well-defined function and you can only get them with a lot of patience, persistence and attention, but not everything comes down to them. There are other objects that you will need, some very well hidden and others in sight, but it will be quite difficult to access them.

These objects add a new level of difficulty to the puzzles. Some require the efficient use of tools, others make it difficult for the player and if you do not take into account other factors in the adjacent rooms and the environment you will not be able to get them. Some objects are not even found in the rooms with puzzles. After more than 20 hours of playing The Talos Principle, I managed to get all the seals in the rooms, but only half of the rest of the items.

This is a bit disappointing since the seals along with the rest of the objects you discover work as keys to discovering new areas full of jigsaw puzzles. The main seals can lead to one of the two possible endings, but the rest of the objects open the way to a third totally different ending. I desperately want to see what is behind the door number three, but I know I will not be able to achieve this without the help of other players who have succeeded where I have failed.

Part of the reason I want to know all these things is because the story is very well done and I need these parts that are missing to really enjoy it. In short, the story is about artificial intelligence in a computer-created world. One unique thing about The Talos Principle is that the story is presented to you in more than six different ways.

From the first moments of the game, you are greeted by an all-powerful voice that proclaims itself to be Elohim (God), who tells you what to do and promises you eternal life. It doesn’t take long and you will discover computers, which contain catalogs of old e-mails, websites, and other texts, that provide clues to the history of the world in The Talos Principle. “The Milton Library Assistant” is a program created to catalog all this data, but it manages to save one’s own thoughts and ideas. Scattered through all these rescues, is the audio recording of a woman whose importance for the story becomes more and more obvious. There are also all kinds of codes painted on the walls of the rooms with puzzles, put by the entities that passed there before.

All of these pieces and clues create the world of The Talos Principle, but some are more important than others. If you follow Elohim’s instructions and put into practice all the instructions he gives you will be led, but Milton Library Assistant (called “Serpent” in some writings) will challenge all these actions, and almost everything he has to say. Elohim.

Although I understood the reasoning behind the decisions, it hurts my heart to know that there will be players who will ignore all these very interesting dialogues written by Tom Jubert and Jonas Kyratzes, and will focus more on puzzles. Even if the two parts of the game don’t take each other into account, as much as I expected, they still help keep the story in The Talos Principle from becoming overwhelming.

The Talos Principle has a few important things to say, but what’s even more interesting is that it wants the player to have something to say as well. Even those who do not want to have anything to do with philosophical subjects can find here a clever puzzle, sometimes frustratingly difficult. But the true value of The Talos Principle will be found by those who are interested in both parties.