Listbestandroidgames.com – Now we review one of zombie game called Resident Evil HD Remaster. We are used to being the center of attention in games, and that everyone revolves around us. But the mansion, full of zombies from Resident Evil, doesn’t give you even two bucks :). It is a place where you can die at every step, and if you fall into one of its sadistic traps or you come across an undead… UNFORTUNATE !!!. You are back to the main menu, and pray that you are saved because this game does not hold your hand, you snatch it and eat it. 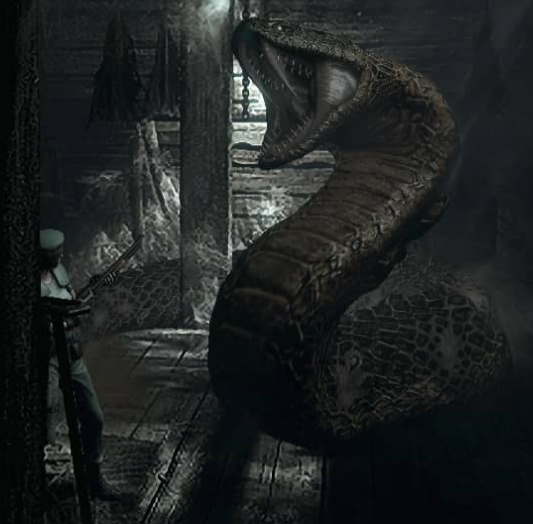 This game is a remastered version of the original game from 1996, released for Nintendo GameCube in 2002. The title retains the concept of fixed cameras, rendered backgrounds and controls taken from Mikami, but also adds some new elements.

If you know all the corners and pitfalls of the Spencer mansion in the PlayStation version, you know that a lot of surprises await you. But if you haven’t played the original version this is the best place to start. Even though Resident Evil is 13 years old (and is based on a 19-year-old version) it’s still worth playing.

You can play in Resident Evil with one of the two available characters. Jill Valentine who can carry more items but has less life and Chris Redfield, who has smaller inventory but does more damage. If you play with Jill the game is a bit easier, but both characters have their own challenges. While Jill can open doors with a lockpick, Chris has to hunt down keys.

After you take an object from the ground (such as objects for life or ammunition… etc) they do not reappear, so you will have to think carefully when to enter the fight, when to run, when to keep ammunition, if to use an item for life or keep it for later. Even the items to save the game are finished.

The term survival is misused, but it really is a survival horror game. Every bullet used or every ribbon of ink, used to glorify, can make you feel sorry that you used them. Even the zombies you kill can be a problem, because they can come back to life in the form of “crimson heads” and are much stronger. You will have to allocate time and resources to burn their corpses.

“Remastering” is not as good as I hoped. I thought they would improve the graphics of the mansion and present it at a better resolution, but it seems that all they did was add another filter to the existing one on the GameCube and expanded everything to 16 resolutions: 9.

As a result, it doesn’t look too spectacular, especially on large monitors, but the brightness and atmosphere balance everything a bit. Light sources affect your character when you pass over them, and they do a surprisingly good job of fooling the brain that these are 3D spaces, not just static environments.

The mansion is a wonderful and strange setting, and the fixed rooms improve the feeling of tension. The game has a lot of dark corners and you will often hear a zombie before you see it.

This makes you cautious as you sneak through its dark corridors. Sometimes the camera changes its angle, which gives you an uncomfortable feeling and makes you think you are being watched, which increases the feeling of fear.

With all the games that are on top on Steam, Capcom couldn’t have chosen a better time to revive Resident Evil. It’s a action game that punishes you, but it’s extremely satisfying, even if the “remastering” isn’t as dramatic as the title suggests.

Some players won’t want to try the game because of the old-fashioned sensitivity and the loss of progress that you forgot to save can be very frustrating, but that’s what makes it so special. If it had been easy and streamlined, it would not have been a horror game. If there were checkpoints, they would no longer give the player that feeling of danger or fear.

Resident Evil is a bit more difficult to play with a mouse and keyboard, however this game was designed to be played on a Nintendo console, but also has the option to use a controller. Maybe you need Resident Evil HD Remaster Trainer-Mods to get more fun.