Episode 2 of Game of Thrones by Telltale should have been one in which I felt that everything was in place, with the characters and gameplay well established, and the story following its normal course.

Instead, it is a frustrating mix between gorgeous, good and downright weak. Although Game of Thrones is well enough to keep you interested, it still has a lot to show until it gets as good as The Walking Dead. 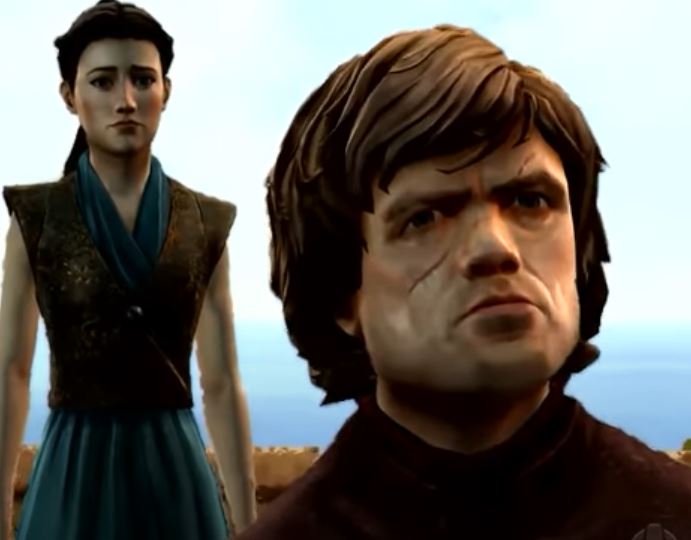 In this series, even more than other Telltale series, the story is the most important thing in the game, and I will try not to divulge too many things so that you can discover them yourself.

The action begins immediately after the climax of Episode 1, in which the squire Gared Tuttle reaches the Wall and Mira Forrester gets into even bigger trouble in King’s Landings. Even if there are only four possible endings to this story, you will need somewhere in two hours to finish the game.

The good part is that Game of Thrones highlights the talent of Telltale to identify interesting characters and put them in difficult situations.

Of all the Telltale series, Game of Thrones is the one that best and most clearly crosses the line between graphic adventures and interactive theater, which makes the drama of Game of Thrones so well defined and realistic.

The last episode is based on some important events in Ironrath, but although Episode 2 is full of intrigue they are not very deep.

The less important moments – a desperate attempt to get a marriage, the conflict of loyalty, the scenes between Mira and Tyron – are much better presented. These are the things a Game of Thrones fan expects, and it’s an area where Telltale has excelled.

Another good thing are the new interesting additions that add some variety to the game. The adventures of Yunkai add something exotic to the game that takes you out of the monotony of the faded blue and gray of Ironrath, the white of the Great Wall and the Mediterranean atmosphere of King’s Landings.

The dialogues are more meaningful and have tangible results, you worry about the choices made, and you will cry later when you realize that the choice made did not have the expected result.

The characters in the series, including Tyrion, Margaery Tyrell and Jon Snow, are used very well to build an authentic atmosphere, even if the animations from Telltale will not live up to the expectations of Game of Thrones fans.

Unfortunately the gameplay is the one that disappoints in Game of Thrones Episode 2. The big concern I have about this episode of the game is that the game focuses less on puzzles and feels like a semi-active experience. .

Instead of challenging sections, you only have quick sequences to cover the gaps in the dialogues – but Game of Thrones is based on choices and they make a difference.

As a result, you will have more fights if you move in a certain direction and use the click to attack. So I got some spectacularly boring section in Castle Black, and in many of the scenes.

I don’t even remember anything except that I wanted to move on to the next scene as quickly as possible. The way the action sequences are punctuated with dialogues and character development makes the game seem a lot easier, but it leaves you with a feeling that the gameplay is in the background behind the cinematic scenes.

These things don’t make this episode seem a total disappointment – Telltale still knows what I’m doing especially in the narrative parts. However, I hope that things will improve in the next episode, otherwise I will lose my patience and give up playing Game of Thrones.