Listbestandroidgames.com – Now I will review one game that is quite interesting to play, called Far Cry 4. Ajay Ghale travels to Kyrat, a fictional Himalayan region, to scatter the ashes of his mother. and was created by his father. Golden Path fights Pagan Min, an evil character who leads the Kyrat, and it is up to you – the respectful son – to save them from his tyranny. As in previous versions, you are a tourist stuck in an exotic, foreign, dangerous place, but now you have a personal reason to be here. 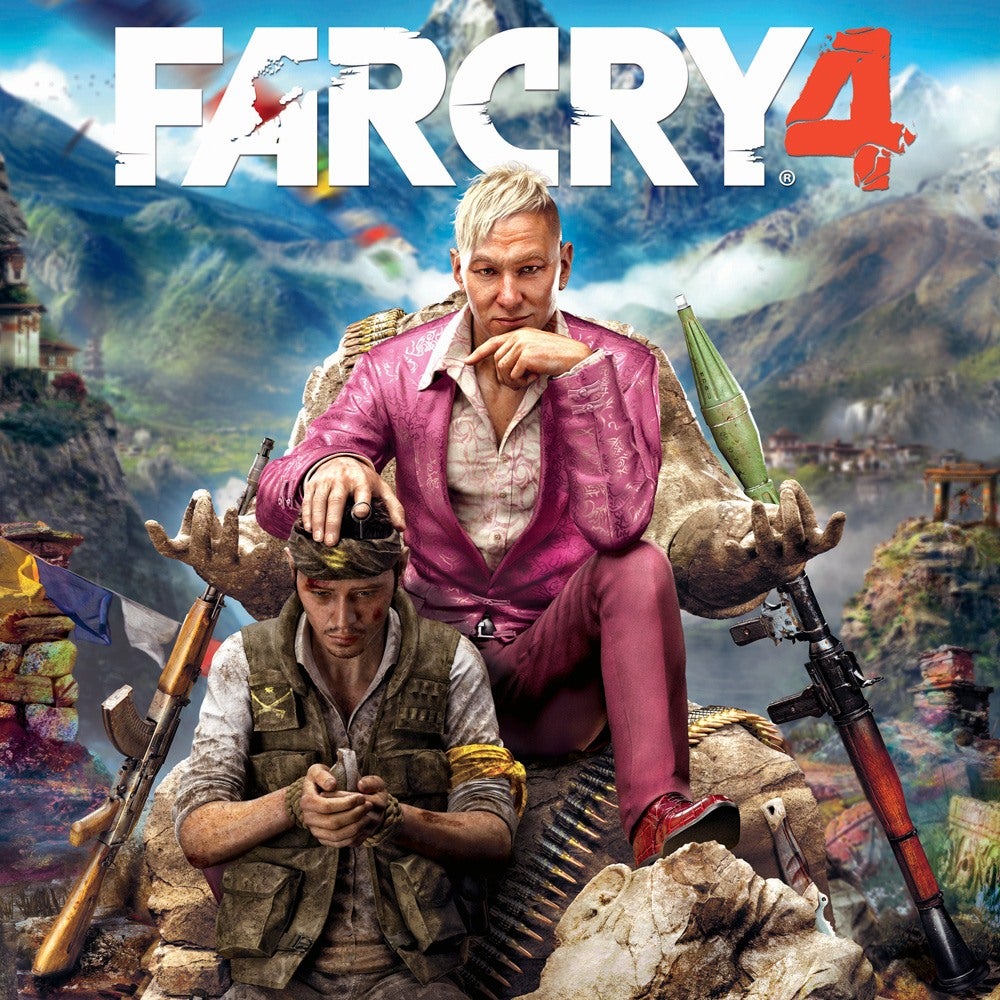 Pagan Min is the negative character, and is – as Vaas Montenegro was in Far Cry 3 – one of the most important characters in the game. In the past he had an affair with Ajay’s mother, which makes him show a special interest in him. .To get an idea of ​​how unscrupulous he is in one of the first scenes of the game, you can see him wet his finger, put it in the urn and taste the ashes. Yes! He really does!

Ajay doesn’t have too many lines during the game, which is a significant improvement over his Far Cry 3 predecessor Jason Brody who talked incessantly :). Even if Ming is the main character and conquers you with his charisma and eccentricity, and you in Ajay’s skin you will feel more like a secondary character you will still want to know his story especially since you are supported by the two leaders of the Golden Path, Amita and Sabal. Both leaders have totally different visions about how Kyrat should be recaptured from Ming’s claws, and you will occasionally have to intervene and make decisions for them, which will affect how you complete certain missions.

But let’s stop for a moment and talk about Kyrat. Here you have an amazing view with mountains shrouded in fog, forested valleys, rivers and vast plains. If Tura Island in Far Cry 3 was full of light and color, here the colors used are darker and give you a feeling of autumn. The flora and fauna of the Himalayas gave me a different feeling and from time to time they reminded me of some places in Skyrim. The map is big and wide, but it is surrounded by mountains whose peaks are covered with snow, and the landscape and atmosphere change subtly as you travel from the plains to the mountainous areas.

It is also a place where you can have a lot of fun, and I had more fun here than I could in the tropical archipelago of Far Cry 3. The terrain of Kyrat is very varied and is full of rocks, mountains and what a deep thing that allows you to fully enjoy the wingsuit that you can now buy from the store from the beginning of the game. The feeling you have when you run and jump from a mountain and float easily in a valley is absolutely insane.

Gyrocopters have been added which are great fun, as well as new off-road and water cars such as hovercraft and tuk-tuks, but I guarantee you will spend most of your time flying

Wild animals are an important part of the Far Cry series, and the Kyrat is full of exotic creatures that will often try to kill you. Tigers will pounce on you, eagles will attack you for no reason, elephants will overthrow you. the car and sometimes they will attack you all at the same time. But fortunately the wild animals can help you, once I sat and forgot how an elephant destroyed an entire outpost for me.

As in Far Cry 3, the game is split between main missions and outposts. The missions are long and often look like an absurd action movie, while the outposts give you the opportunity to truly enjoy the game system. Both are fun. in their own way, but only when you attack an outpost do things get really interesting.

The way you want to attack an outpost is up to you, and the game offers you a lot of equipment to play with. Many games boast that it gives you a free hand in such situations, but most of the time you end up alerting everyone. enemies and shoot left and right without any strategy, but in Far Cry 4 you only need a little imagination to take advantage of all available possibilities.

But your plans will not always go the way you want and you will often be forced to adapt on the go. You can use different types of weapons, help the wild animals or the Golden Path fighters. The gyrocopter is special. useful when you want to conquer an outpost, you can use it to track sniper locations, or you can use it to fly over the outpost and throw grenades at enemies. of fun.

Distractions are the strong point of the game. You will set the route for the next mission, but on the way your attention will be distracted by a lot of different things: an outpost, an animal whose skin you need, a tower or a convoy of enemies that you you can attack. All this fun can be overwhelming, but sometimes you have to refrain. Once I failed a mission because I stopped to watch an elephant washing in a lake.

All these missions, except the main ones, can be played in co-op mode. I haven’t had such a pleasant experience in multiplayer mode for a very long time, having another person with you only increases the list of options. already huge when you want to destroy an outpost. I personally had no connection or lag issues in multiplayer mode, but there were cases where players were disconnected and lost their progress.

The biggest disappointment in Far Cry 4 comes from the missions. Despite the fact that all gamers hate Assassin’s Creed style missions, they also made their place in Far Cry. After all, it wouldn’t have been an Ubi game if there weren’t instant-fail missions, but developers should realize how much these missions limit gameplay and player freedom. Not to mention how frustrating and discouraging these types of missions can be.

Another problem – but one that I got over pretty quickly – is familiarity. If you look at the first 3 Far Cryes they all look like different games. lots of common animations and similar missions that anyone who has spent more time on Rook Island will recognize.

A lot has been written about the settings in Far Cry 4, the eccentric negative characters, and the elephants, but everything seems to be in the second place in front of the fact that this is a brilliant and well-designed shooter. The weapons are wonderful, you can put yourself in value creativity and all this happens in a dynamic world where the attacks of the tigers, even if they take you unprepared, seem like ordinary things.