Listbestandroidgames.com. Today I would like to share about Deathtrap Game.  I’ve always had a weakness for Neocore’s Van Helsing games. They have a lot of problems, but they are fun RPG games with a distinct style and they also have humor. They also have a number of tower defense elements, which distract you from all that “hack and slash”.

Deathtrap, Neocore’s latest game, turns all those “tower defense” mini-games into a big game. Although it was only available with “early access” for a while, Deathtrap was officially released on February 4, 2015. 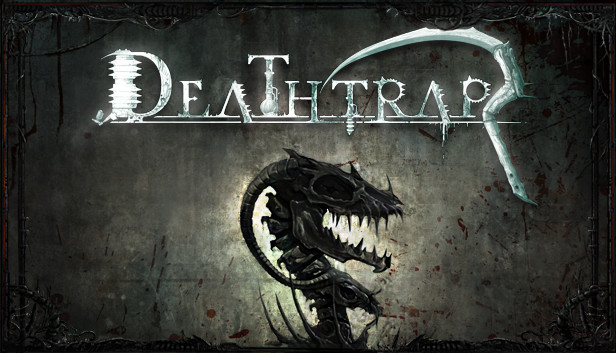 You can play with one of three classes – a mercenary that is based on melee, wizard or archer – and your task is to prevent the enemy hordes from reaching a gate. If too many enemies reach and pass through this portal, the game ends and the round is lost.

Apart from the fact that you can fight directly with the enemies, you also have at your disposal a quite varied assortment of traps and towers that you can use to slow down the enemies.

My biggest dissatisfaction with the levels in Deathtrap is that you are not free to use any desired trap at any given point. Given that it all costs you resources to use them, I don’t think it would have affected the balance of the game too much and would have given the player more freedom of choice.

Not only do you unlock new traps as you advance in level but you also increase your character’s level as in a typical ARPG. You have “loot drops” and a very simple crafting system so that some of the problems can be solved to a certain extent if you do “grinding”.

On the one hand, having your own character to develop in this way is quite satisfying. This is essentially the main picture of the RPG action genre, and it works just as well here.

On the other hand, it changes your focus from the traditional “tower defense” gameplay and ends up being between two genres, but you don’t feel fulfilled in any of them.

The gameplay reinforces this: you can’t defeat all enemies with towers alone, nor can you stop them on your own.

I understand that this is how the game was designed, but I can’t get rid of the feeling that other “tower defense” hybrids, such as Sanctum, allowed the player to lean towards one of the presented genres, instead of having to use both.

In my opinion, this makes Deathtrap less convincing, but this opinion does not apply if you play it just to advance as much as possible in the rankings. Considering these things you will most certainly not return to a round just for fun or try different tactics.

In Deathtrap the action took place in the same world as the Van Helsing games, but the narrative of the game is irrelevant. This allowed Neocore to recycle a lot of items, such as enemies, environmental issues, and of course the game engine.

Although not as aesthetically pleasing as other Neocore games, the mixture of bones and skeletons, spikes, and thorns has a Gothic air, threatening and fully fits the game.

Your enemies are from Slavic mythology, and even if it’s not new, it’s a welcome change to the detriment of the orcs and skeletons we see in most games.

What makes Van Helsing games stand out for me are the sarcastic lines of the characters, especially your ghost partner Snarky, who never runs out of sarcastic remarks. Unfortunately, Deathtrap has none of this.

He is surprisingly gloomy and serious, and could use a lighter tone from time to time. The first trailers in Deathtrap hinted that some battles will be extremely violent and bloody, but unfortunately Neocore has not integrated them into the final version.

Balancing is another issue, especially since some of the character traits are not very useful. In fact, a lot of the skills are almost useless, giving you for example caps that don’t do much on skill points that you get pretty hard.

A tree with more flexible abilities would have been welcome. The same is true for lids. With a number of 25 traps, it feels more like they were put there as stuffing than to do something useful with them.

Of course, one player’s “spike trap” caps can be the poison gas of others, and it’s good that you can choose from so many caps, but less would probably have been more.

Regarding the difficulty of the game, my advice is to play “hard” for the first time. At “normal” games are very slow in pace and often boring.

You don’t have to think too much about strategies and where to position the caps, and I haven’t lost a game in “normal”. However, in “hard” mode the game shows its true value.

You have to pay attention to all the lanes, and think carefully about where and when to set a trap to be as effective as possible and force you to change your tactics whenever needed.

It is much more captivating and the rewards are commensurate, and there will be a lot of moments at the limit or even failures in the last minutes.

The game has 13 levels that are repeated after you finish them but that increase in difficulty. When I wrote this review, Neocore blocked all levels of difficulty except the first, so I can’t tell you how balanced it is when the difficulty level rises more than level one.

The stages themselves are not very sophisticated. Usually you have two paws with a few branches that you have to follow so as not to escape your enemies. The teleporters on the map allow you to travel quickly, so you can cover a large part of it in seconds.

The more advanced stages shake things up even more, with two lanes leading to your portal and in opposite directions. These stages make the game even more addictive and interesting and the slightest mistake can deprive you of a perfect score.

Considering all this, you should not expect a spectacular design in Deathtrap, but the stages of the campaigns are really interesting and captivating.

The editor that allows you to create new levels in Deathtrap is also very easy to use. In fact, the Steam workshop is already full of such new levels.

Some of these are very fun, even if there is a general tendency to increase the number of enemies, which from time to time make your game run at 1fps. Even so, this publisher deserves special mention, as it has a very active community.

Unfortunately, the same cannot be said about the population in multiplayer games. You can play in co-op or PVP mode, but because there aren’t many online players I haven’t had enough time to play a few quick games in these modes.

Co-Op mode is exactly as you expect it to be: two or more players have to deal with hordes of monsters, and the game increases the number and difficulty of the levels depending on the number of players.

Playing Deathtrap in co-op mode was a lot of fun, so if you have one or more friends to play with, this is the way to try it.

Versus mode has a player on the defensive – and as such, plays a normal round in Deathtrap. However, the attacker must get used to a new set of rules.

If you are on the offensive you can own and control monsters, allowing you to use their abilities as you see fit or try to sneak them behind your opponent’s defenses.

You can also use Totems to buff the other minions, thus adding a sense of unpredictability to the match. I haven’t experienced any technical issues while playing multiplayer, and I recommend without hesitation that it’s worth trying Deathtrap Game.

Hand of Fate Review
Eternium One Of Best Offline Game

Hand of Fate Review
Eternium One Of Best Offline Game